News
You are here: Home / News / Commercial / Glastonbury 2013, The Common Field, Setting up

Well WHERE DO I start? I am back in the studio today after shooting for a week at Glastonbury’s all night South East corner’s The Common field for their twitter and Facebook pages (managed by Telegraph Hill) for Producers Steve and Kerry! I have had hundreds of laughs, met hundreds of amazing workers, festival goers and celebs and now have hundreds of images to blog!

You may have seen my images released last week on The Common’s twitter Â https://twitter.com/GlastoTheCommonÂ or Facebook page linksÂ https://www.facebook.com/GlastothecommonÂ but there will be a full weeks story going up on my blog for the next few days into next week. Keep an eye out for Opening Nights, The Invisible Circus, Tomato Fight, UV Paint Fight and Rudimental!

Lets start with the setting up, I arrived Monday and began shooting the construction on Tuesday & Wednesday of the 6 venues in The Common, The Rum Shack, The Temple, The Cave, The Lost Picture Show, Copper Dollar and Los Artistas. It was amazing seeing how much organisation went into this huge project and so hopefully these behind the scenes shots will give you some idea of the work that goes into this monster event! 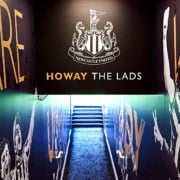 Behind the scenes with Yoshi Muto

Take Me Out! Thames TV comes to the studio

The Invisible Circus at Glastonbury 2013
Scroll to top