News
You are here: Home / News / Commercial / Life’s Robots Then and Now

Robots Then and Now

Life Science Centre has a new amazing exhibition! It is the story of robots progression from 16th Century mechanical automatons to the fascinating humanoids of today and the future. The exhibition was created by the Science Museum in London and after travelling to Manchester now us northerners are lucky enough to see it locally at the Life Science Centre Newcastle.

Last month Life promoted the new exhibition with a robot humanoid duo from Berlin being photographed in character all around Newcastle. It was my job to as event photographer to capture great PR and editorial shots of the robots as they mingled with perplexed shoppers in the city centre. They also travelled on the Metro to much amusement of commuters, shopped in the Grainger Market for their fruit and veg then relaxed and entertained on the Quayside Seaside with staff on their lunch breaks.

This type of event photography is so much fun and really keeps you on your toes as everything is so  unpredictable! The moving metro is a technical challenge as the light changes by the second but standing back and photographing genuine public reactions is what makes it so entertaining! Below are a selection of my images shared from that day by The Chronicle and the International Life Science Centre. Even an image of me shooting which was kindly sent to me via the press from a very kind Dariusz Brodowski who was trying out a new lens at the Monument!

Watch this space for more robot shots of the opening of the exhibition. If you havent been to see it make sure you make some time this summer! 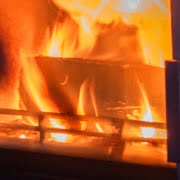