Today, 26th September the BBC celebrates it’s official Music Day 2019. A large part of this event is the BBC’s Music & Dementia Initiative which highlights the benefit and importance of music to those who are living with Dementia. There are pop up concerts in village halls, sing alongs at charities and and even raves in care homes!

There are over 850,000 people living with dementia in the UK and this is set to rise to over one million by 2021. Mostly the over 65’s are affected but it can also hit us earlier. This initiative boasts over 800 music events held today by collaborating organisations across the country raising awareness whilst having lots of fun.

The BBC recently launched Nile Rogers as the ambassador of this initiative as the subject is close to his heart having a mother and Aunt who suffer from dementia. His mother has had Alzheimers for over 13 years but can sing faultlessly along to old songs from her past. He talks of an ‘internalised’ memory of music, so embedded that tunes and words to songs never leave us. 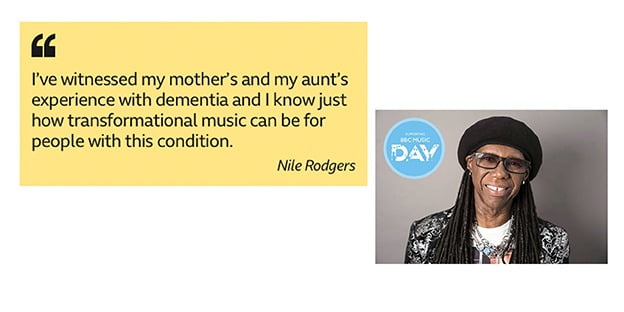 The joy that this can bring to those who suffer from anxiety and other stress related symptoms of dementia is becoming strongly recognised and increasingly promoted by charities and support groups nationwide.

I began working with a local charity Chrysalis Tynedale, during a rebrand and renaming of Chrysalis Club this summer by local agency Design Engine. Heather from DE got in touch having worked together on similar local projects and knew my documentary photography style would fit her client’s brief perfectly.

It has been one of the most rewarding projects I have worked on, feeling part of a team and seeing the positive effects that Chrysalis brings to those with dementia, their families and carers. This friendly and fun club based in Hexham works hard to deliver twice weekly workshops with enjoyable themes such as gardening, art, sports and music. The first workshop I photographed was a music workshop taken by local drummer Simon Wood. The images below are a small selection I captured at this event with permission from those involved. 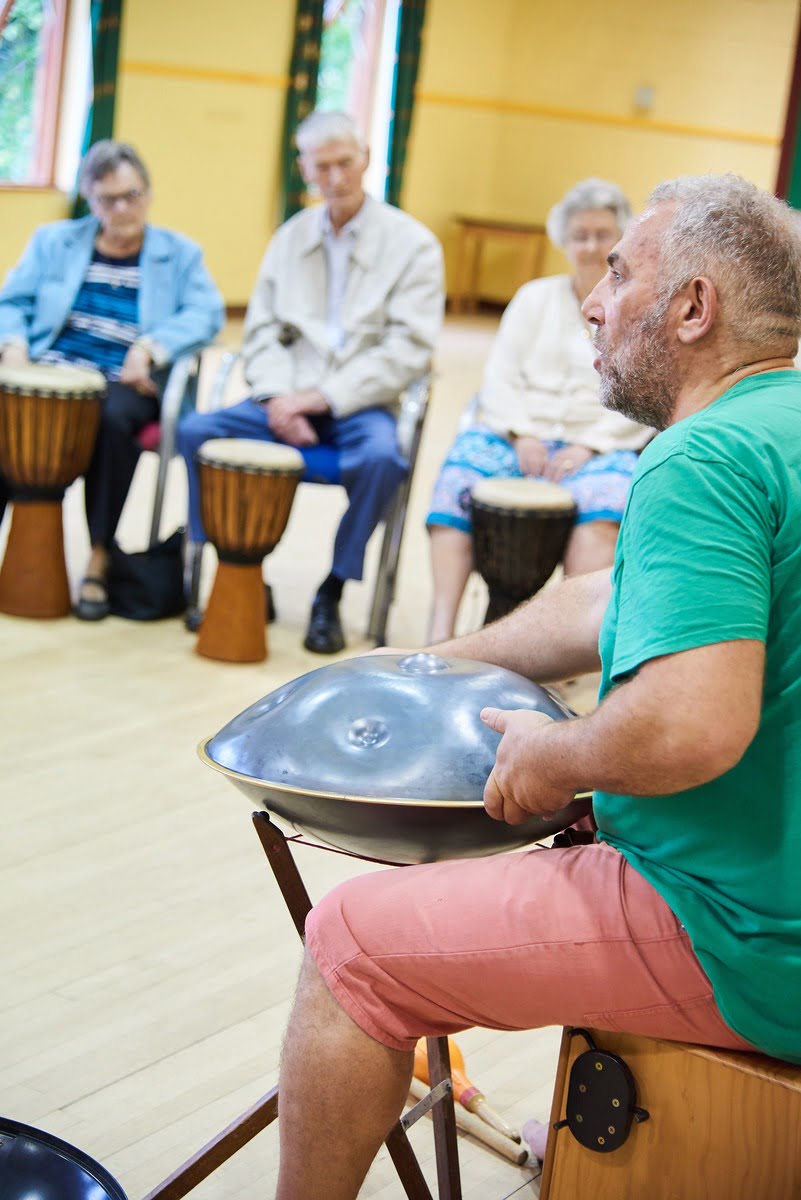 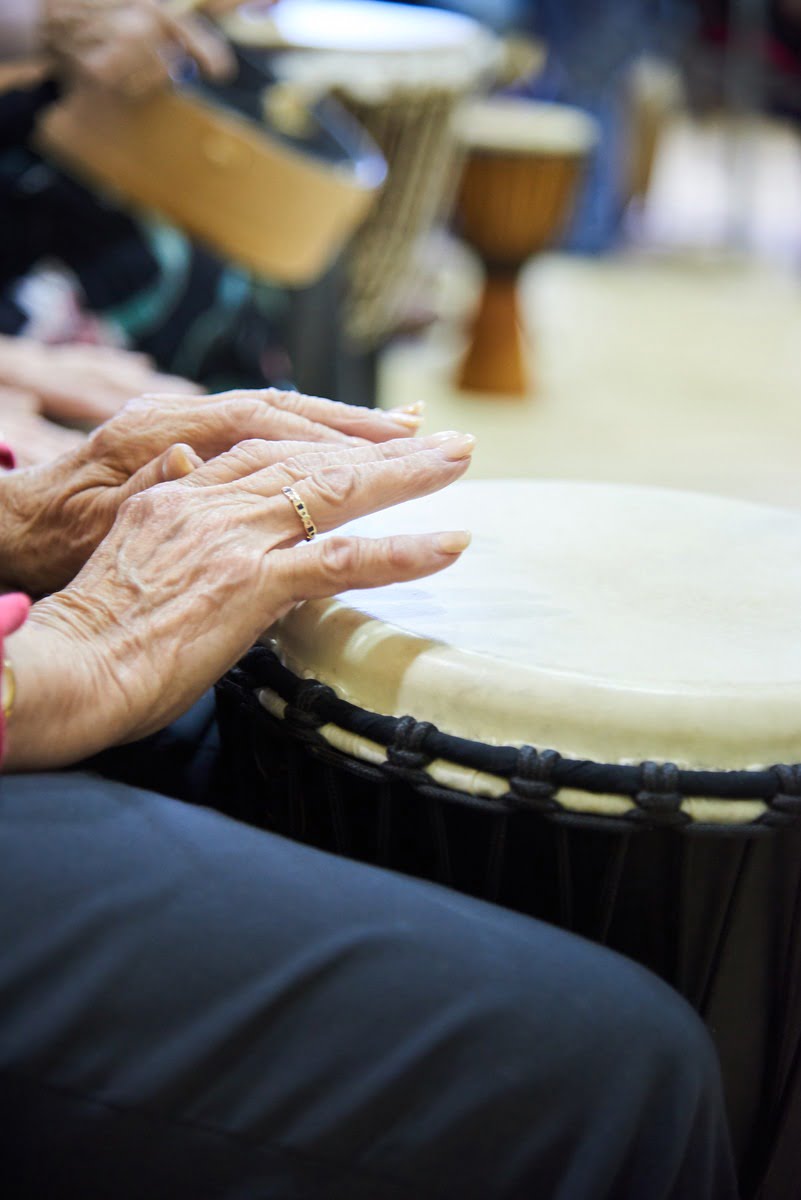 Simon created a drum circle with the group following simple rhythms with shakers and hand drums then played familiar songs on the hang drums (which look like a bbq and sound like a harp!) which brought big smiles and happiness to the group. This was a documentary photographers dream, smiles, energy, movement, concentration and expression at its best! 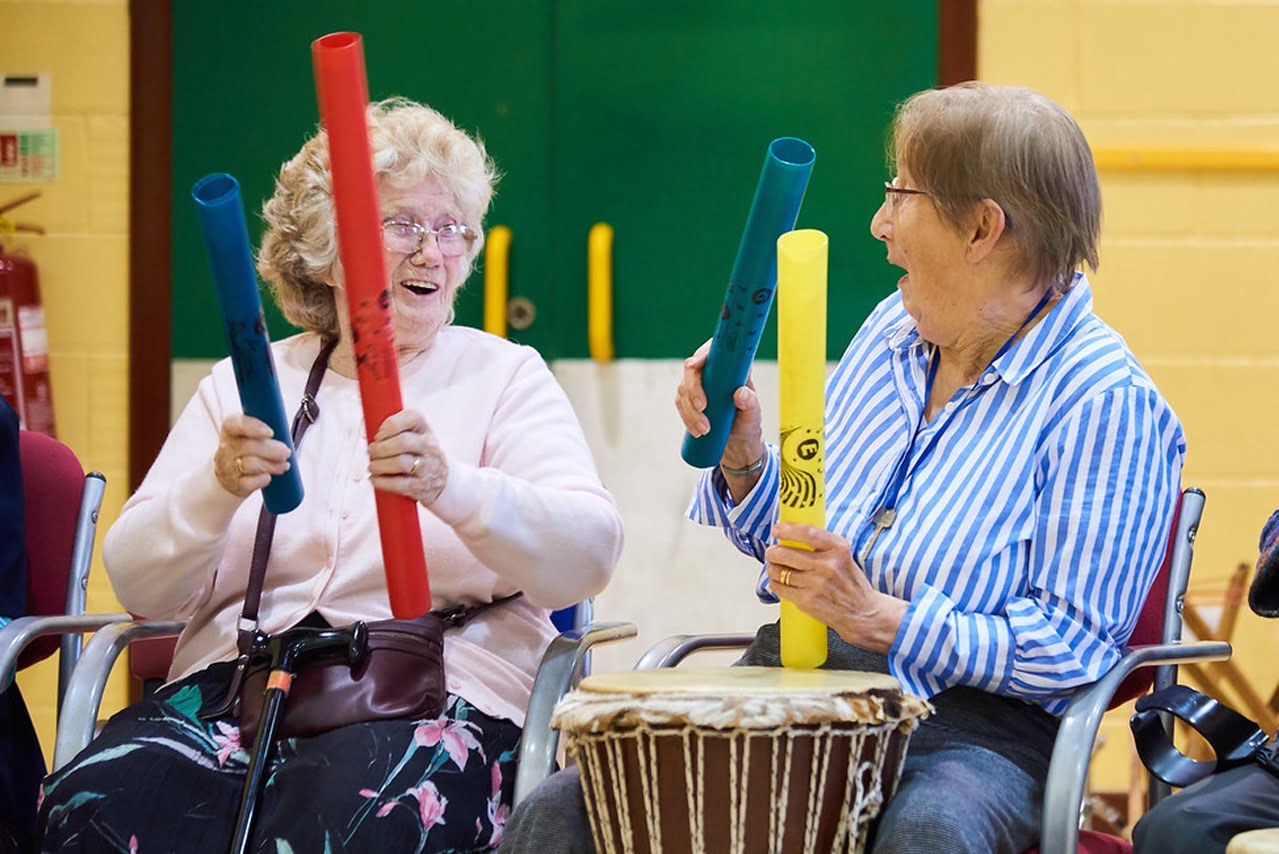 Simon then rounded off with the most magical version of  Faithless’ Insomnia, resulting in such an electric and euphoric atmosphere many of the regulars got out of their seats and danced aided by sticks and volunteers. The music seemed to soothe any confusion or trouble and it felt joyous. It was such a fantastic moment I had to hide my watery eyes behind the camera. 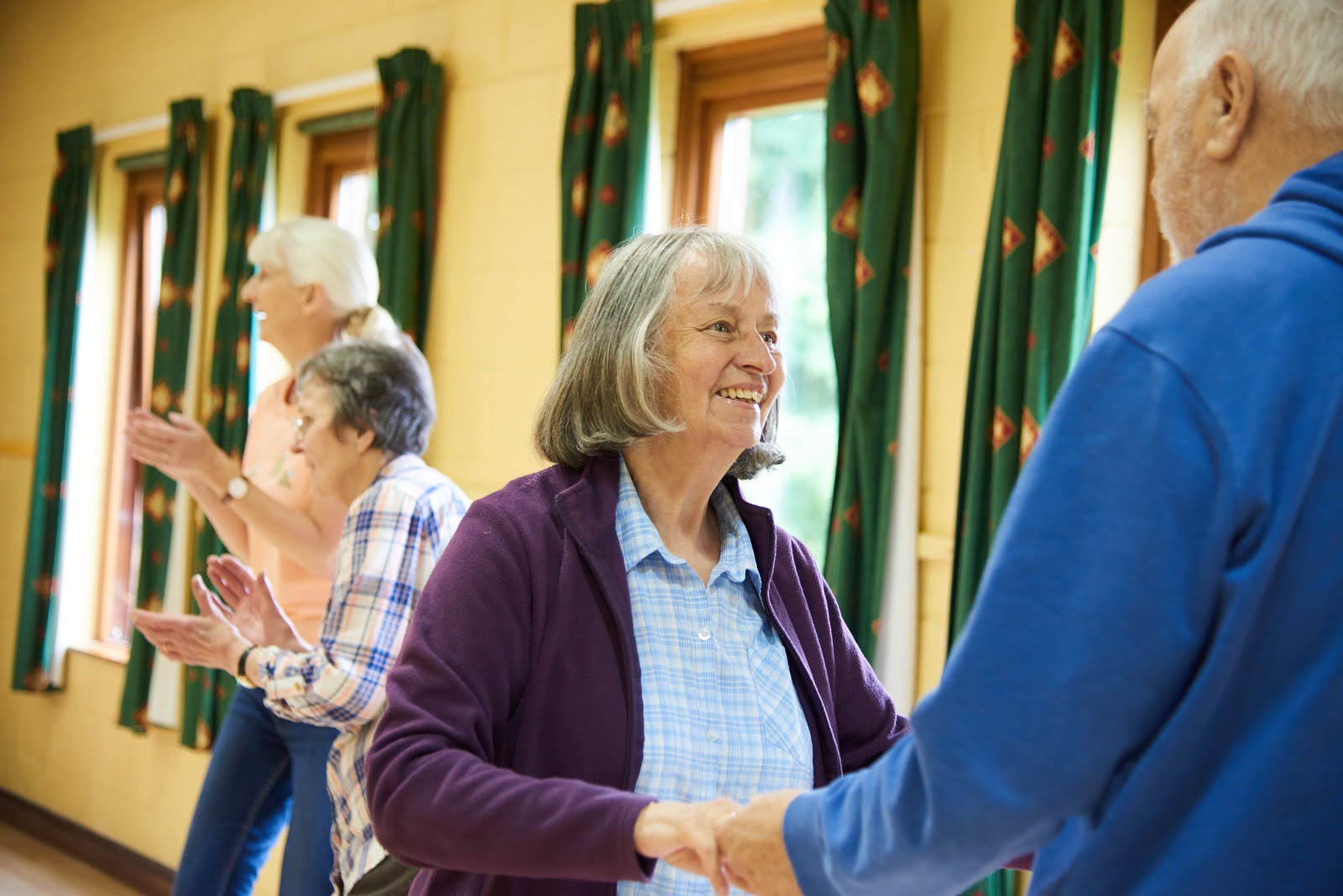 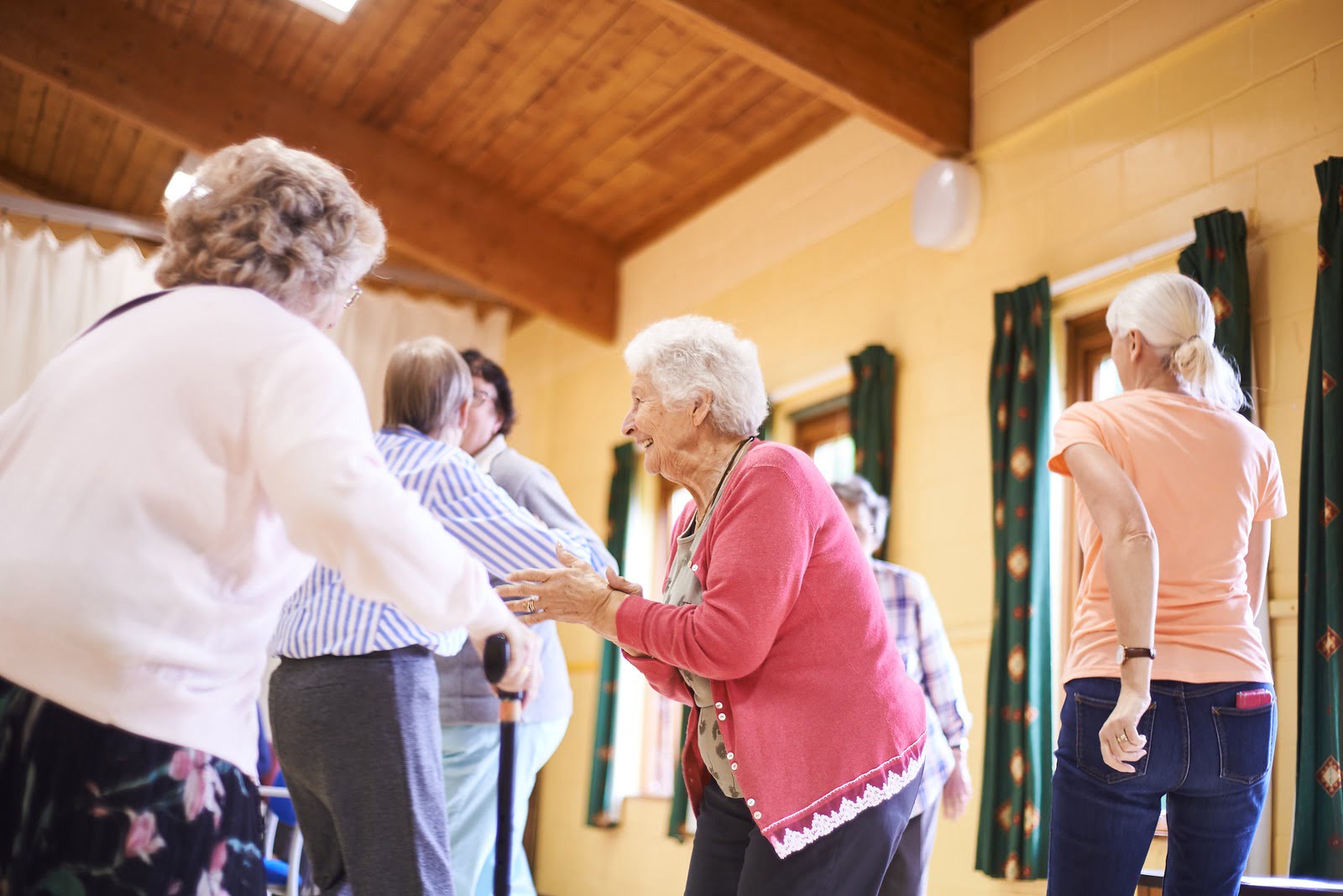 Hurrah for charities that bring such relief from the of difficulties dementia and how fantastic that the BBC has the power to bring this to peoples attention and with an ambassador as high profile and delightful as Nile Rogers on their BBC Music Day 2019.

If you like my style and have time to browse more of my event photography please go to https://www.sarahdeanephotography.co.uk/commercial/events-and-editorial/

Simon is for hire for events and workshops and is totes amazeballs. His details are at https://www.simonwoodmusic.com

and the shiny new Chrysalis website is coming soon on https://www.chrysalis-tynedale.org.uk

I recently held a fantastic food photography workshop at Food Nation’s premises in Heaton, Newcastle upon Tyne. The team wanted me to teach them how to use their kitchens and prep areas to take great shots of their food on their phones and company camera. The idea was to experiment with different backdrops and available lighting to promote the food they produce at their cookery workshops.

The team cooked a series of recipes from one of their sponsor’s Jamie’s Ministry of Food all with different photographic challenges, whether it be shooting whilst food is steaming, eggs sinking into stews or colour corrections once plated up. We had a mass of props and once each dish was cooked we experimented with angles, colours and close ups to get new attractive approaches to photographic compositions.

We had lots of fun and the team took away great tips for their future social networking images. To view recipes, cookery workshops and general news here is their website http://www.foodnation.org

Crabtree of Gateshead is one of the world’s foremost manufacturers of quality metal decorating presses and coating machines. They have an impressive factory on the Team Valley that produces incredibly sophisticated machines that apply the decorative coating to metal surfaces.

The photography brief was to show the breadth of their machine client base and the type of coatings that can be applied to various shapes with professional product photographs. The images are to be used for a future exhibition and for display around the North East premises. This was an extremely colourful and enjoyable photo shoot, with many of their client’s recognisable brands that we see in our kitchen cupboards. I was so pleased to be chosen as their product photographer and i shall look forward to more work with them in the future!

To find out more about their work please visit http://www.crabpress.co.uk and look below to see my studio product shots.